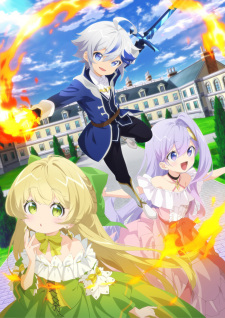 Plot Summary: Teenager Shiinya Kazuya died while saving young girls from an attacker, only to find himself reincarnated into a world of swords and magic. It was a dream come true! Though he remembers his life and knowledge of Earth, he is now Cain von Silford, the third son of an aristocrat. Being granted the protection of the gods on his fifth birthday turned out to be too much of a good thing for Cain. His stats and boosts are so powerful, he must hide his real abilities to climb the ranks of society as he descends into the darkest dungeons. The ultimate isekai adventure begins as a teen-turned-child is trapped in a beautiful kingdom he didn't create, but might one day rule!

Other name: 転生貴族の異世界冒険録～自重を知らない神々の使徒～ ; Chronicles of an Aristocrat Reborn in Another World: The Apostle of the Gods Who Know No Self-Restraint