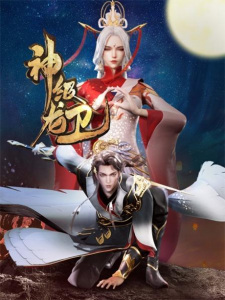 Plot Summary: On the day when the Taiqingmen of Yunling Mountain held a double cultivation ceremony for Su Ruoxue and Liu Fei, Shen Lang used the nine transformations of blood and spirit to transform into Lei Peng, who spread his wings a thousand meters, broke in and fought with the monks, destroying most of the sect of Yunling Mountain. Facing the unfamiliar and familiar Shen Lang, Su Ruoxue, who lost her memory, was uneasy, and the pictures that flashed in her mind on weekdays may have actually existed. What made Shen Lang unbelievable was that Su Ruoxue, who he had been searching for for many years, not only wanted to marry this 400-year-old cultivator, but also pierced his chest with a sword! Shen Lang desperately wanted to restore Su Ruoxue’s memory. Ten years ago, the research base set up by the Su Group, which was dedicated to researching virtual reality, in the Linhai Tianshan Canyon – the explosion of the moon wheel, Su Ruoxue was seriously injured and unconscious. Shen Lang, who indirectly caused this scene to happen, was full of self-blame and guilt. In a hurry, he linked the damaged instrument to Su Ruoxue. Su Ruoxue, who fell into a deep sleep, could save his life, but his mind was already wandering in the illusory realm set by the moon wheel. If he didn’t find it as soon as possible, Su Ruoxue in reality will disappear. In desperation, Shen Lang also connected the instrument, entered the illusory realm, and started the journey to rescue Su Ruoxue.

Other name: The Legend of Dragon Soldier , 神级龙卫