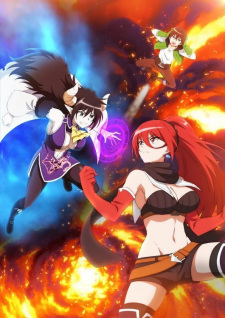 Plot Summary: "It wasn't me who was the strongest in another world, but my sister?!" As a result of an accident in the real world, Asahi Ikusaba is transported to another world. He tries to enjoy the different world he imagined, but his abilities prove to be the weakest. Just as he's about to be attacked by a vicious monster, Asahi's doting elder sister Mayu comes into his rescue and saves him. Chasing after Asahi's love, Mayu too ended up in the same world as him, with the strongest of abilities and cheat skills. The fantasy tale of the strongest elder sister with a brother complex and the younger brother with the weakest skills begins.