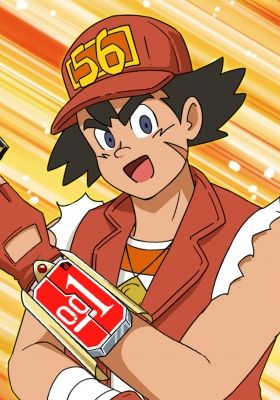 Plot Summary: The show follows Gorou, a 24-year-old man who dreams of becoming the greatest Condom Battler. His go-to weapon is a 0.01 mm condom which he loads into an arm dispenser, and it opens to reveal a red rubbery armor that Gorou wears in battle. It also gives the hero the ability to summon sperm and created an attack out of the sticky substance. There are other characters in the anime like Miku and Hayato who duel using their own condoms. The anime is filled with absurd dialogue and fights, but these heroes always make sure to teach a sex education lesson along the way.